You are here: Home / Blog / What the Candidates Got Wrong in the Latest GOP Debate 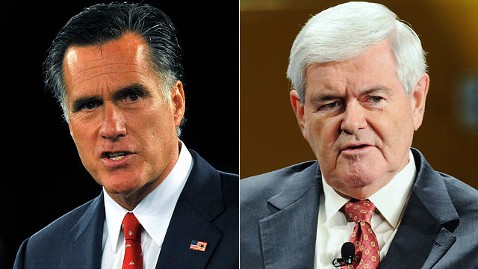 On Monday night, the Republican candidates for President met in Tampa, Florida to spar over peddling influence, debate tax returns, and generally confuse the American public about the supposed decline of the United States Navy and the bankruptcy of the Obama administration’s policy toward Iran.

Though it is true that the United States Navy has seen fluctuations in the total number of ships over the past 95 years, the United States Navy is still by far the most advanced and most powerful navy in the world. It also turns out the Navy was smaller than today at the end of Fiscal Years 2005, 2006, 2007, and 2008. In 2009, when the Navy had 285 active surface ships (the same as today), then-Secretary of Defense Robert Gates wrote in Foreign Affairs (Jan/Feb 2009, Vol. 88 Issue 1, p28-40) that:

“As much as the U.S. Navy has shrunk since the end of the Cold War, for example, in terms of tonnage, its battle fleet is still larger than the next 13 navies combined — and 11 of those 13 navies are U.S. allies or partners.”

On the issue of Iran, former Speaker of the House Newt Gingrich, who led in most polls prior to the debate for the upcoming primary election in Florida, echoed the sentiments of Governor Romney when he decried President Barack Obama for being too soft on the Islamic Republic, saying:

“…the Iranians are practicing closing the Strait of Hormuz, actively taunting us, so he cancels a military exercise with the Israelis so as not to be provocative?”

According to at least one source, it was the Israelis who postponed the joint exercise, not the Obama administration. The recent passage through the Strait of Hormuz by the USS Abraham Lincoln, along with British and French ships, also discounts Speaker Gingrich’s claim that the United States is failing to project strength in the Gulf for the sake of propriety. Furthermore, the latest round of EU sanctions is tightening the noose around the Iran’s economy.

Making sure that Iran does not close the Strait of Hormuz is a top priority for the administration. With any luck, unfettered access to the Strait of Hormuz will continue without interruption and the United States will supplement its policy of sticks and diplomatic pressure with continued offers of engagement to ensure that the current cycle of small-scale covert attacks and threats and counter-threats does not lead to a much larger confrontation that neither side wants.

The Chairman of the Joint Chiefs of Staff, General Martin Dempsey has urged that it is “premature” to resort to the use of force. It will be a dangerous decade, indeed, if American foreign policy does not aspire, to quote Gates’ 2008 Foreign Affairs article again, “to prevent festering problems from turning into crises that require costly and controversial direct military intervention.”

If their campaign rhetoric is to be believed, the election of Gingrich, Romney, or Santorum would make a dangerous conflict with Iran more likely.